Gingerbread all the way!


Work on the gingerbread build continued to chug along, with all of our attention focused on the house portion. 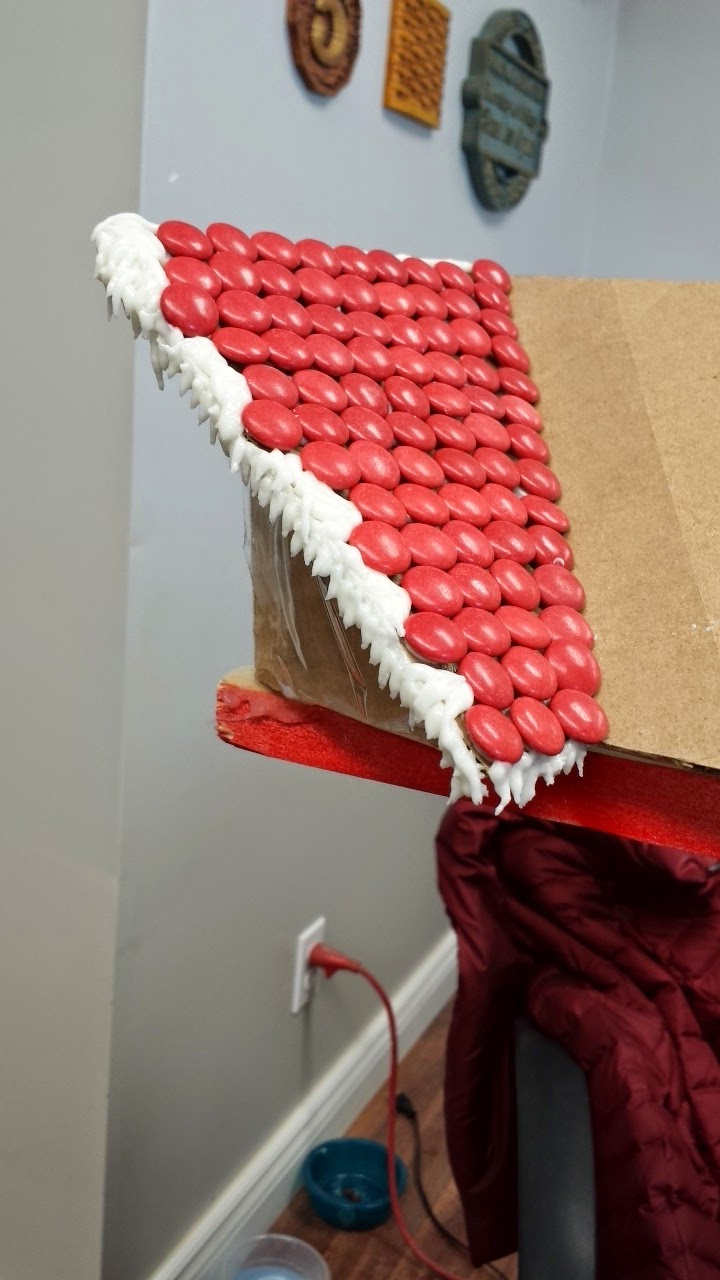 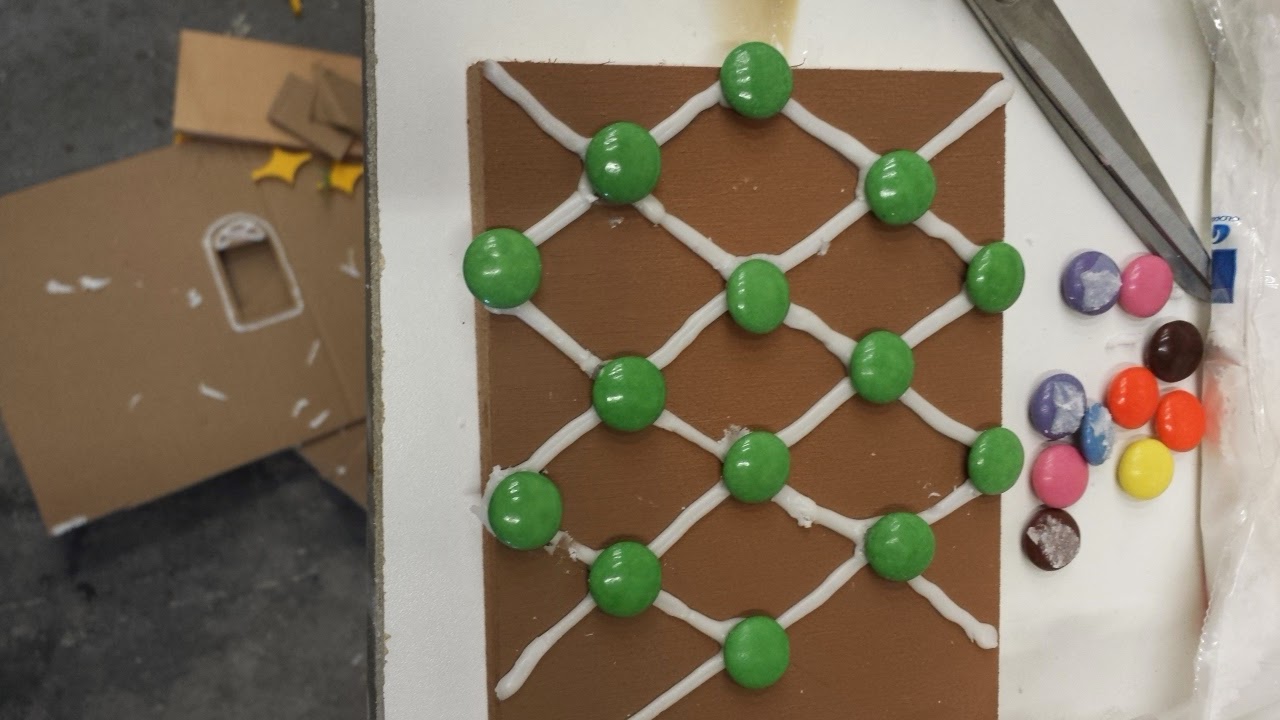 We ended up testing out several roof styles, until everyone at the agency was happy! 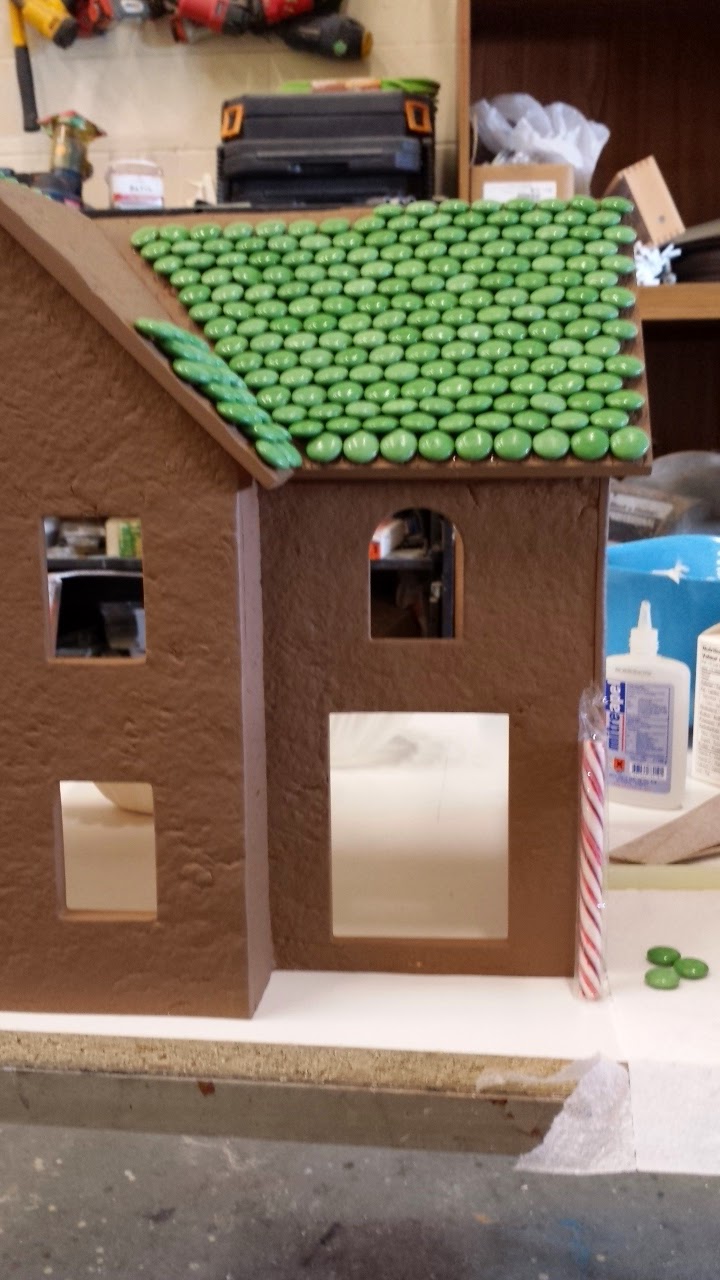 In the end, green overlapped smarties became the winning roof style. You won't be eating this house! Resin gingerbread, with crazy-glued smarties.............toxic tastiness! I will however flip anyone a 20 dollar bill if they can choke this baby down when were done. Don't worry, it'll be a brand new $20 bill, if that sweetens the deal for you! 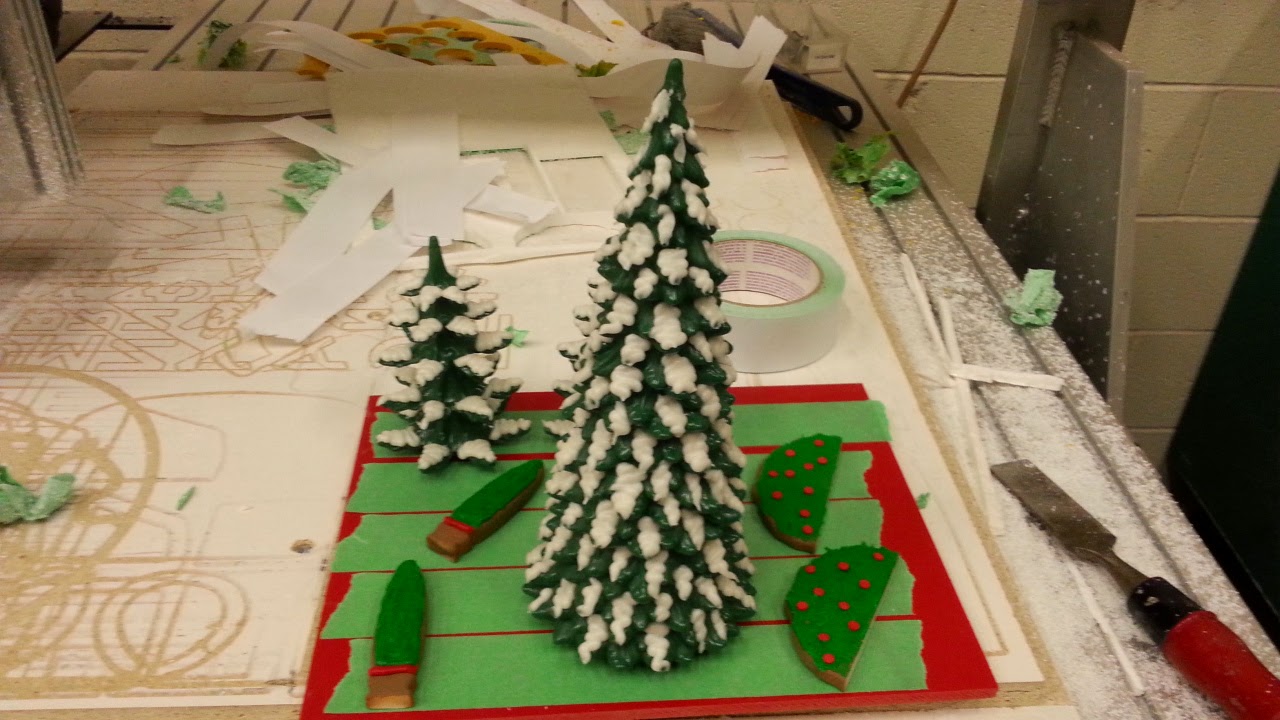 We also decided on going with plastic display trees, mixed with our "gingerbread bushes" to decorate the yard out front of the house. I sprayed up the trees green, while our awesome student helper, Sydney, got awarded the task of decorating them all with icing. We also went with a yellow pvc for the window inserts. The word 'fondant' was used, but I prefer routing pvc! The final snow dress will be done on set, and we'll use fine sugar. Fine sugar will sparkle, and won't become a sticky dust like icing sugar would. Not too shabby for s day eating working with nothing but candy!
8)
JWO